I Suck at Moneymaking 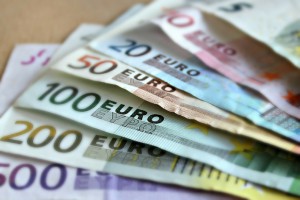 I originally intended to not publish this post because it’s too personal. Then I thought of how James Altucher always wrote about his life story and told myself, what the hell, I will publish it.

I read a dozen books on it. A couple of blogs on it. Some books I even read 3 to 4 times.

I was desperate and determined to have sex. The only problem is that I could hardly get myself out of the house and meet girls.

Then I stumbled upon the book Models by Mark Manson, the idea of not just pursing sex but trying to act like a man should be and improve one’s love life is very attractive to me. I also like the idea of building real connection with women, instead of just seeing them as a tool for having sex.

Then I had a girlfriend and thought it was way better than many random sexes.

For more than half a year I have been trying to make money. I failed miserably. Recently it has occurred to me that maybe I’m simply not motivated by a superficial goal like money or sex.

I thought I would be willing to write articles or even write Erotica for money, but I can’t. I gave up before I barely started.

Then I asked myself, what good but hard things in my life that have I been doing constantly and what motivated me?

I did none of them for money, or sex, or validation, or people’s approval.

You can argue that making money is also improving my life, so why can’t I do it like I work out? The answer is that even though making money could be meaningful or motivational, I still don’t enjoy what I need to do to make money. Writing about a topic that I’m not interested, or bidding for jobs, or writing guest posts purely for marketing. The mere thought of these things gives me headache.

But I am not motivated. No. The reward of money is simply not enough to motivate me.

I don’t know why it has to be this way.

But I’m smart enough to know that I don’t choose who I am. It’s like how you don’t like a certain kind of food, you can’t help it. There are things irrational about every one of us that we can only accept instead of fight against.

We all have limitations that we have to find out. (Mark Mason wrote a wonderful post on this)

So I’m gonna motivate myself by something else. I’m gonna try helping people with my ideas and my skills. I won’t do things for money, no. I know I can’t keep doing it for long. I can’t treat myself as if I’m a machine, or business entity. I know not everybody feels this way, but I do.

I suck at moneymaking, I suck at business. I somehow hate myself for that. I don’t like the idea that man should pursue meaning, but my very self seems to need more meaning than money. I hate this. But I can’t help with it.

So I’m gonna ask myself, how can I best help people and make money at the same time?