Why You Are Not the Captain of Your Fate 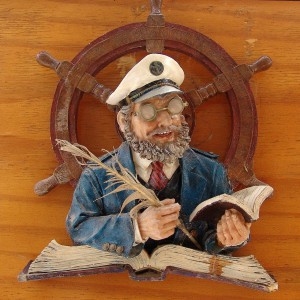 Everyone talks about how you can do anything you want, quit your job and make millions and travel around the world.

In this post, I will talk about how you are always under the influence of things you don’t control.

First of all, your DNA decides your gender. You don’t choose it. It’s not that before you are born, there is an angel asking you whether you want to be a boy or a girl.

Even there is an angel, it doesn’t matter because you don’t remember. Only a conscious choice is a choice.

So you don’t choose your gender. But your gender chooses many things about you.

If you are a man, then you are more likely to enjoy computer games and sports. You are naturally better at math and engineering than girls. You like winning a game and proving that you are better than your peers.

If you are a woman, then you are more likely to have no interest in typical computer games, and enjoy watching TV instead. You are also more likely to become a teacher. Instead of killing everyone, you prefer that everybody likes you.

Sounds like I’m just saying my stupid prejudice? Or the gender rule focused on us by culture? Or stereotypes?

But actually, gender difference is something with countless scientific proofs.

In the book, Why Men Don’t Listen and Women Can’t Read Maps, the authors write that “boys like things, girls like people.” They give a number of proofs, like this one.

At 12 weeks old, girls can distinguish pictures of family from strangers, while boys cannot, but boys are better at relocating a lost toy.

Pre-school children were tested with a pair of binocular eye-viewers that showed objects to one eye and people’s faces to the other eye. The tests of the children’s recall showed that girls remembered people and their emotions and boys recalled more about things and their shapes.

You can go read this book to learn more about gender differences. Or if you are lazy, just know that they exist and they are not some minor differences.

If you are born a different gender, your life would be turned upside down completely.

But gender is only one thing your DNA controls. Sexual orientation, though maybe not controlled by DNA, is also very likely inborn.

Most people would agree love or at least sex is a very important part of their lives. Now imagine if instead of woman you love man, how much of your love life will be different?

Despite what everyone else says, there is a thing called talent.

The most obvious ones are music and sports. Hardworking matters but hardworking is not enough.

Or to put it another way, there are things that you can learn relatively easily, and things that are a pain in the ass for you to learn.

For example, I am somewhat good at language. I can write in English, a language that I doesn’t use in daily talking. I also know Japanese. But I suck at music.

I do believe everybody can learn any skills, but I also believe some will learn faster and only a few will become world class.

Everybody can pick up a pen and write an article, but not everyone could be Hemmingway.

You don’t choose who your parents are and what they taught you in your childhood.

Nor do you choose if your family is rich or poor.

And sometimes they broke up, leaving you with a trauma.

What Century You Are Born into

Few realize how much the age we are in influences our lives.

It decides what professions and food are available, how many wars are going on.

Most importantly, the time we are in decides what possibilities are present.

Travel around the world while making money from a blog? Won’t be that much possible when the airplane is not invented, or when the banks worldwide are not connected, or when the Internet doesn’t exist.

Become a writer and self-publish your great novels? Forget about it when there is no such thing as self-publishing.

Become a katana-wielding samurai and earn honor and money by chopping heads? Well, you have to go back in time, or reincarnate as the hero of a samurai manga.

Does This Mean That You Are a Victim?

I could go on and on, but you get the idea.

You might think this goes against what I said about taking responsibilities. You might think I’m going to say we are all doomed and helpless because other people are controlling our lives, and we can’t do a thing.

Or to put it another way. Do you believe, if you are not an almighty God, then you must be the a slave bound by chains waiting to die?

What if the truth lies not in either, but in both?

The Chinese has a saying, “Know your fate ordered by Heaven, and do everything you can.”

And the famous Serenity Prayer says something similar:

God grant me the serenity to accept the things I cannot change;

courage to change the things I can;

and wisdom to know the difference.

I think this is a far more realistic view. There are things that most of we cannot achieve no matter how hard we try, like becoming a superstar singer. But that doesn’t mean there is nothing we can achieve. Maybe we could still improve our singing greatly. Or maybe we could try to do something we are better at.

But don’t take it the wrong way. Many people would think, since there are still things we can control, then still we are in control right? Still we are the master of our life, right?

I have watched a movie about three fugitives who adopted the little daughter of the family that they slaughtered. The three fugitives helped people, and worked hard for the daughter’s medical expenses.

The movie tries to tell that there is no such thing as good guys and bad guys. It even says it in the movie. But people don’t get it. While watching, a woman sitting next to me said, “Since they do all these good things, so they are good guys after all, right?”

She missed the point completely.

What I’m trying to say in this post is also not that “despite all, we are still in control of our life.” This is a simplistic conclusion.

The “but” goes two ways. They are the two sides of the same coin.

And I believe, a man’s understanding of how he’s in control of his life or not evolves along the following lines.

1) He believes he is a victim, he is responsible for nothing, and there is nothing he could change. He is desperate, blames others, and complains a lot.

2) He realizes that he is responsible. He becomes proactive, he stops complaining. He will work hard for what he wants, and blames himself for his failures.

3) He realizes he is responsible for something but not all things. He stops blaming himself for failures he cannot help with. He realizes sometimes it’s not about him. He will still learn from his failures. When a girl rejects him, he will still try to find out what he did wrong, but he understands that the girl might just be on period and nothing he did would cause her to accept him.

I wish I could write this article better. I need more practice to be able to explain the ideas more clearly. And more practices I will get.

On the other hand, I also understand that it’s not my fault that English is my second language and writing English is naturally hard for me. I understand improving my writing takes time and there is no point blaming myself for not writing as good as I want yet.

However, if you do find something in this post that you don’t understand, please leave a comment.