What Is a Hierarchy and How to Escape It 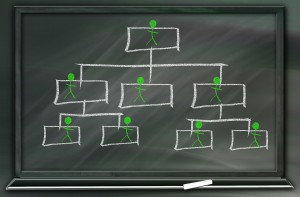 Several days earlier I found a site that pays English to Chinese translators $0.03 per word. No need to bid. Just translate a sample text for review and if you pass, you can start working on any projects available.

I thought it would be a good source of income so I took the test. Then I received a mail saying that I have failed the test. The reviewer commented that my translation has several places that are inaccurate and unnatural, then he pointed out one specific sentence.

I don’t agree with him. I think my translation is accurate and natural. I may be right, I may be wrong, I can’t tell.

But it doesn’t matter how I think, it doesn’t even matter what the truth is. What matters is the reviewer’s sole opinion. Even if he is wrong, he can still reject me, and I can do nothing about it.

It’s a good example of a hierarchy at work.

What Is a Hierarchy

I will give you a few examples.

School. I’m from China so your experience in school should be vastly different from mine. But from what I have read, your teacher is your boss in every school. She can command you to sit for 40 minutes straight and keep your mouth shut. She can screw your life with the horror of “I will talk about what you did today with your parents”.

Company. The most typical hierarchy. Your boss commands you, blames you, and fires you, with or without you doing anything wrong.

Forum. What, a forum is a hierarchy? While not all forums are, a forum can become a hierarchy. When it does, there is often an inner circle of active and old members who seem to have higher status than new members. The old members will then reject any new members with different opinions or even ban them.

In this case, all old members are bosses with the power to reject any new member. When they do reject someone, other old members will follow suit, fearing that if they differ they’ll be rejected too.

In such a forum, the moderator often becomes the big boss.

All other colors will be rejected

I once was a member of such a forum. One day, a member not belonging to the inner circle posted about a new book. One moderator mistook it as an advertisement and deleted it. I pointed out her mistake.

But in the eyes of the inner circle, I was not pointing out her mistake, I was challenging her status, and “trying to bring chaos to this forum”. No, I don’t make this up, someone actually said that to me in Chinese.

I argued and learned how pointless arguing is. So I quit.

I have since then observed, where there is a community of people, there might be hierarchy. Power play and status seeking is wired in our brain. Sometimes I find such behaviors in myself too.

Let’s now talk about what happens when you are in a hierarchy.

You Can’t Say Your Boss Is Wrong

That’s why when you’re the boss, your employees seldom say you’re wrong. That’s why it gives you unpleasant feelings when trying to tell your boss that he has made a mistake. 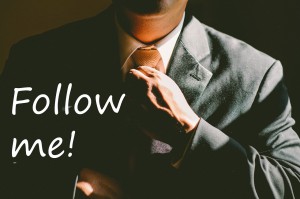 What if your boss is really wrong and you want to tell him? Well, maybe you can say it in a way that doesn’t make him feel his status is threatened.

You Are at Someone Else’s Mercy

But screw it. From your point of view it looks the same: a natural disaster that happens regardless of what you did.

Doesn’t matter if the boss is a jerk or the company is really in trouble.

My first job paid me well and I worked hard on it. But then it went out of business and I was left jobless.

Every year, hundreds of thousands of Chinese students spent much time and money practicing English listening skill. Then one year the college entry examine no longer tests English listening and all their efforts are screwed.

And yes, Chinese students only study to pass that damn test so that they can go to a good college. Why? Because that’s what parents and teachers command them to do for years.

When you are in the system, you can be disposed by the system.

You Are Blamed for What’s Not Your Fault

People with higher status, aka, your boss, can blame you however he wants.

And you can basically just lower your head and endure it.

Because he has higher status.

When in high school, I was not supposed to argue with my teachers how useless college is. Again, it’s not about right or wrong, it’s about status.

A Hierarchy doesn’t want an individual to form his own opinions, but want a soldier that can do exactly as it says.

You Don’t Have Many Choices

At least, in the hierarchy, you don’t. You have to obey or get kicked out of the door.

When in college, I decided attending classes is a waste of time, so I skipped almost all classes. Four years later I quit. I was not kicked out because the school didn’t care enough to do so.

Even if a company is open-minded or innovative, saying that they encourage you to have creative ideas. There are rules saying how those ideas should be submitted to your superiors so they can decide whether you should pursue them or not.

You Can Develop a Loser Mindset Easily

In a hierarchy, you don’t much control. So very likely, you’ll begin to believe everything is outside of your control, and nothing is your fault.

With such a belief, you will keep blaming others for your own misery, instead of get yourself together and do something to get what you want.

You will begin to believe that you don’t have a choice. 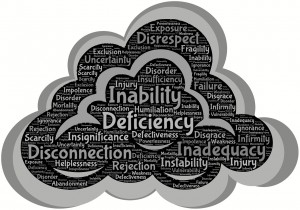 Such illusion will make you do nothing to get what you want. Such a mindset will get you stuck.

I had such a mindset for years. I would blame my parents, the school, the society, the nation, the world, anything that I believe controls me. I would spend night after night thinking about how someone else made me miserable.

Then I finally realized it’s all in my head. It’s my own loser mindset makes me spending all night complaining, instead of taking actions to get what I want.

How to Escape the Hierarchy Mentally

While you can and maybe should quit physically, sometimes it’s not possible. You can’t just quit your job when you have  a family to feed. Sometimes you have to quit mentally.

And, since it’s the mindset that matters. Even if you do quit physically, you should also quit mentally.

Believe That You Are Responsible for Everything in Your Life 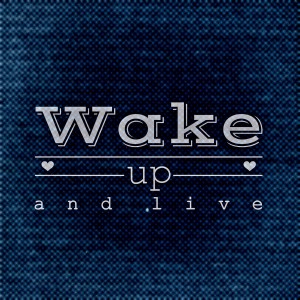 You don’t agree with me. You want to tell me that you are not responsible, that you are a victim, and that there really are things that you can’t control, like your boss or your wife.

It doesn’t matter if you’re really responsible or not.

What matters is that you believe you are.

But again you want to argue with me and tell me how you are not responsible for anything.

The fact that you insist you are not responsible is what I ask you to change.

I have read tarot for many people in stress. There are people who keep asking whether their lover loves them back. There are also people who want to know if they’re making the right choices in life.

I have observed that, the more a man is obsessed with what other people did to him, the more likely he will do nothing to help his situation, even if he could.

I have seen dozens of women asking if their ex-boyfriend will come back. Then they wait, then usually the ex-boyfriend never comes back.

They believe that their ex-boyfriend is solely responsible for the reunion that they want, and that belief makes them keep waiting while doing nothing to make the reunion happen.

The idea that you’re responsible for your life is helpful, but you might not know how to use it in daily life.

Obverse your thoughts. Whenever you think that you can’t do something, stop yourself. Ask yourself how can you do it instead, and try to think of an answer.

For example, recently I found myself thinking, I can’t focus on building a blog because I need money. But I also can’t focus on freelancing because finding a gig feels like a 9-5 job to me. I’m stuck and I’m desperate. Then I ask myself, okay, how can I build a blog and how can I solve my money problem?

Then ideas come in. I could sleep in my friends’ sofa and focus completely on my blog. I’m 23, so why not? Or I could build my blog and sell my time to readers and fellow bloggers. I know how to build a blog, I can program and hack WordPress, I can format a kindle eBook with notepad. I can even help you host your WordPress for $20 a year. Or what about selling a book to readers before I even begin writing it? Crowdfunding!

Will any of these ideas work? I don’t know. Will my worries disappear? Not really. Will I solve this problem immediately? I don’t know. But these are not the point.

The point is I begin taking actions that may eventually solve my problems. Instead drinking a beer and crying myself to sleep, which apparently doesn’t help.

Now, think of one of your problems that you think you can’t solve. Can you find some possible ways to solve it?

Let’s return to the rejection I mentioned in the beginning of the post. I would really love to be approved as it would make my life much easier. But I’m fine with that rejection because I know I’m responsible for finding ways to make money. My head is already filled with some actions I need to take.

The hierarchy is there. The gatekeeper is there. But in my mind there is no hierarchy.